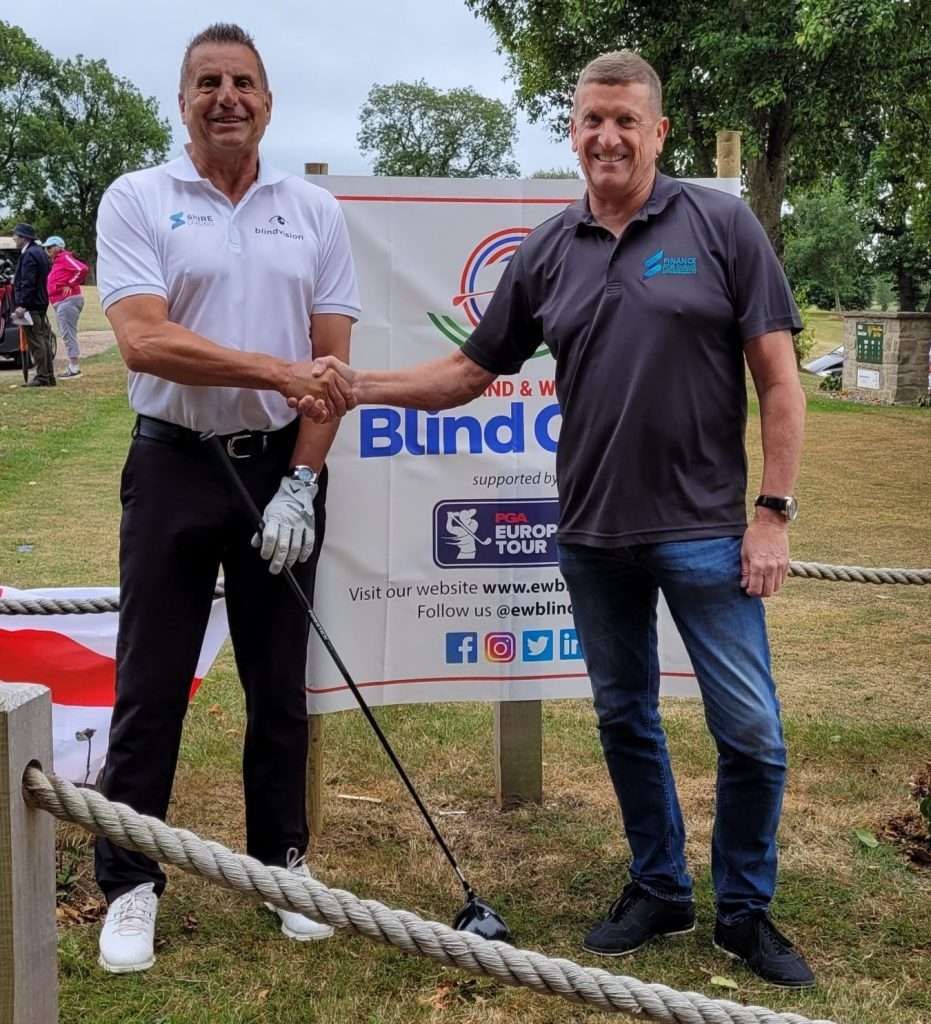 It’s with great pleasure to announce that Shire Leasing are official sponsors of Blindvision’s keynote and motivational speaker, Steve Cunningham. Steve has broken barriers in sport and beyond, including claiming title of ‘The World’s Fastest Blind Man’. By sharing his personal experiences and moving life story, Steve inspires and motivates businesses and the education sector nationally and internationally and Shire Leasing are proud to be supporting him as his journey progresses.

Steve was born and raised in Tamworth. Growing up, he was an avid sports fan and had a keen interest in fast cars, boats and planes. Like many other young children, he aspired to one day become a professional footballer and dreamt of representing his country at the World Cup. But his world soon grew cloudy, and then disappeared. Confused and very lonely, Steve found himself totally, and irreversibly blind. He was 12 years old.

Determined to achieve his goals, Steve took life’s challenges as opportunities to grow himself. Seeing no disability in his total lack of sight, Steve went on to live his life breaking barriers and achieving his goals. He played for the England Blind Cricket team, became the first blind pilot to fly around England, captained the English blind football team to the World Cup and broke 2 world speed records on land and sea to become ‘The World’s Fastest Blind Man’.

Reflecting on meeting Steve for the first time, John Flounders (Head of Sales) of Shire Leasing said, “I had the pleasure of meeting Steve Cunningham at a charity golf day earlier in the year and was fortunate to sit with him for the evening meal. During those few hours I got to know a little bit about Steve’s life and what he has achieved, despite the adversity he has been through.

“To say that day was an eye opener is an understatement and I was truly humbled and inspired. Shire Leasing want to support Steve in promoting disability awareness and breaking further barriers. In signing a three year sponsorship agreement with Blindvision, we hope his story and work will further inspire individuals and businesses of all abilities and backgrounds to reach for their goals”.

The latest challenge that Steve is fronting is Blind Golf. Steve joined the England and Wales Blind Golf Association in April 22 and has been practising in the sport since; he recently took part in the Blind Golf British Masters Tournament in August 2022. Commenting on the challenge, Flounders said, “Being a golfer myself, I know how difficult the sport is to play sighted. Watching these sportsmen hit the ball down the fairway and exit bunkers far better than me is truly inspirational and something more people should attend and see.” Steve and the other players take every challenge head on with a positive outlook.

We will be providing regular updates on our LinkedIn and Twitter to share Steve’s progress as he continues to break barriers.

To learn more about him and the services Blindvision offer, visit www.blindvision.tv.