March 2015 celebrates a significant milestone in the history of Shire Leasing PLC. Celebrating its 25 year anniversary this month, the company has recorded some fantastic achievements, achievements that have impacted over 60,000 UK SME businesses and which all of Staffordshire, particularly Tamworth can be proud of.

Speaking to staff on Monday during a celebratory morning of tea and cupcakes, Chairman Martin Smith was keen to stress the importance of Shire as a business with good, honest values: “We very much run this business as a family business even to this day, the family ethic is still very strong in this business and that is born out of the amount of people that have been with us for such a long time and I thank the staff for supporting us.”

The story began back in 1990, when cousins Martin Smith and John Worton founded Shire Leasing and headed to Birmingham to find ‘Hard Assets’ to be leased in the transport sector. Success was instant, and exactly a year later, the pair were joined by the company’s first salespeople to try and develop vendor programmes. Once again, success proved to be straightforward, and in August that year, Shire secured its very first vendor facility with Lombard Business Equipment Leasing, with a maximum £50,000 per month volume limit. This was quickly followed in November 1991 with the opening of Shire’s first account with Norbain Security, a proud moment in the memory of both Martin and John.

Still in its infancy, but with signs of a solid business model, Martin and John decided to relocate to Tamworth town centre and in 1992 increased its salesforce, recruiting directly from the local area – a trend that continues today. New hires at the time included Sharon Price, Helen Stewart and John Flounders – all of which are still with the business today. Further expansion came with the news that, following EU legislation on engine emissions, MOT garages would be forced to invest heavily in new equipment – a development Shire was perfectly placed to take advantage of.

With business blossoming at such a rate, Martin and John were soon on the lookout for more office space, and in April 1993 purchased the first of many units on Amber Business Village in Tamworth to house the growing numbers of sales and support teams. A year later, and Shire’s vision of becoming a UK leader in asset-based leasing were looking increasingly likely, a development made possible by the launch of ‘Prop Man’, the company’s first internal software sales system.

In 1996, and with many of the UK’s major vendors now actively working with Shire, increased volumes had facilitated further office purchases the Amber Business Village, creating more jobs for the local area. By November, an improved internal sales system, ‘Lease-Man’, was unveiled – a complete cradle-to-grave prospect and sales management tool.

2007 was another special year, with Shire breaking the £100 million mark in written business in one financial year. Far from resting on their laurels however, Martin and John pressed on, and were able to completely eclipse this figure by a phenomenal 50% increase the following year.

Months later saw the birth of Shire’s first ‘group’ businesses – Shire Funding Solutions, the first offshoot proudly carrying the ‘Shire’ marque. With expansion occurring at such a rate, Shire was ready to move again, this time to Calico Business Park, the new 18,000 square/ft. purpose-built premises in Amington, Tamworth. Settled in their new headquarters, Shire were able to branch out further and in 2009 launched Shire Insurance Services. Shire Professional Funding and Catalyst, the company’s own marketing agency, promptly followed in 2010.

Having overseen Shire’s dramatic story from the beginning, Martin and John have recently been involved in strengthening the company at senior management, appointing Mark Picken as Managing Director from his previous role as Head of Sales for ING. Most encouraging for Martin and John however, was the announcement in 2014 of a £40 million credit line for Shire from the British Business Bank, a move that undoubtedly highlights Shire’s commitment to assisting the SME sector. Today the Shire Business Group employs around 190 people, of which 130 work for Shire Leasing, and still invests in local talent with a graduate scheme and regular hires for positions throughout the company.

Tamworth is currently enjoying a surge in success and Shire Leasing has played a significant part for more than two decades and aims to do so for a long time yet. 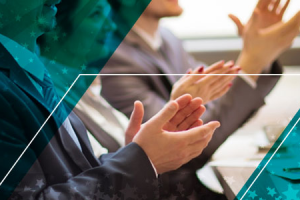